Contains salbutamol and is used to relieve the symptoms of an asthma attack. 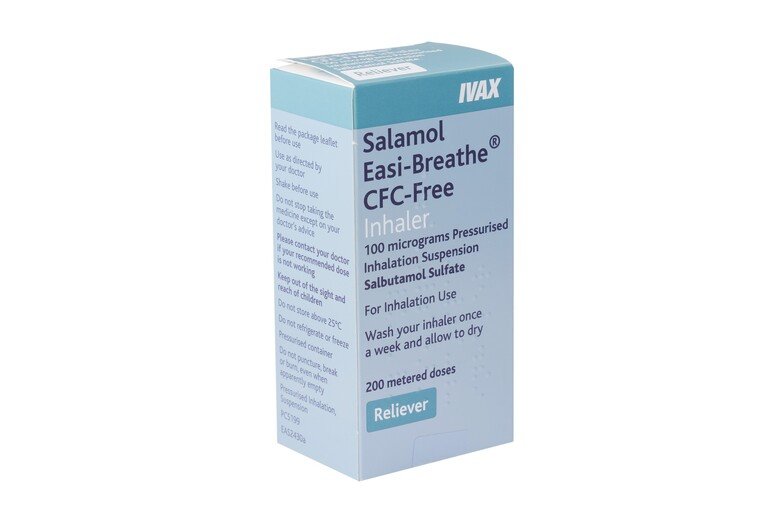 Contains salbutamol and is used to relieve the symptoms of an asthma attack.

Salamol Easi-Breathe is the brand name given to the inhaler which contains the active ingredient salbutamol. Salamol Easi-Breathe is used to relieve the symptoms of an asthma attack. The inhaler is blue in colour and is known as a reliever. It acts rapidly on symptoms such as wheezing, coughing, and feeling breathless.  This type of inhaler is used as an alternative for those users who find it difficult to coordinate breathing in and pressing down on the inhaler at the same time.

Who cannot use Salamol Easi-Breathe?

How does Salamol Easi-Breathe Inhaler work?

Salamol Easi-Breathe works in the lungs by stimulating certain receptors. By doing so it causes the muscles in the airways to relax, dilate and the airways to open. The effects of an asthma attack are reversed immediately.

Salamol Easi-Breathe is only used when you require it. This is when you start noticing symptoms such as coughing, wheezing, tightness in the chest and breathlessness. The usual dosage is to take one or two puffs when needed up to a maximum of 4 times in 24 hours. Please follow your doctors or pharmacist’s advice before taking this medication. Before using your inhaler read the manufacturers information leaflet which gives you guidance and diagrams on how to use the inhaler.